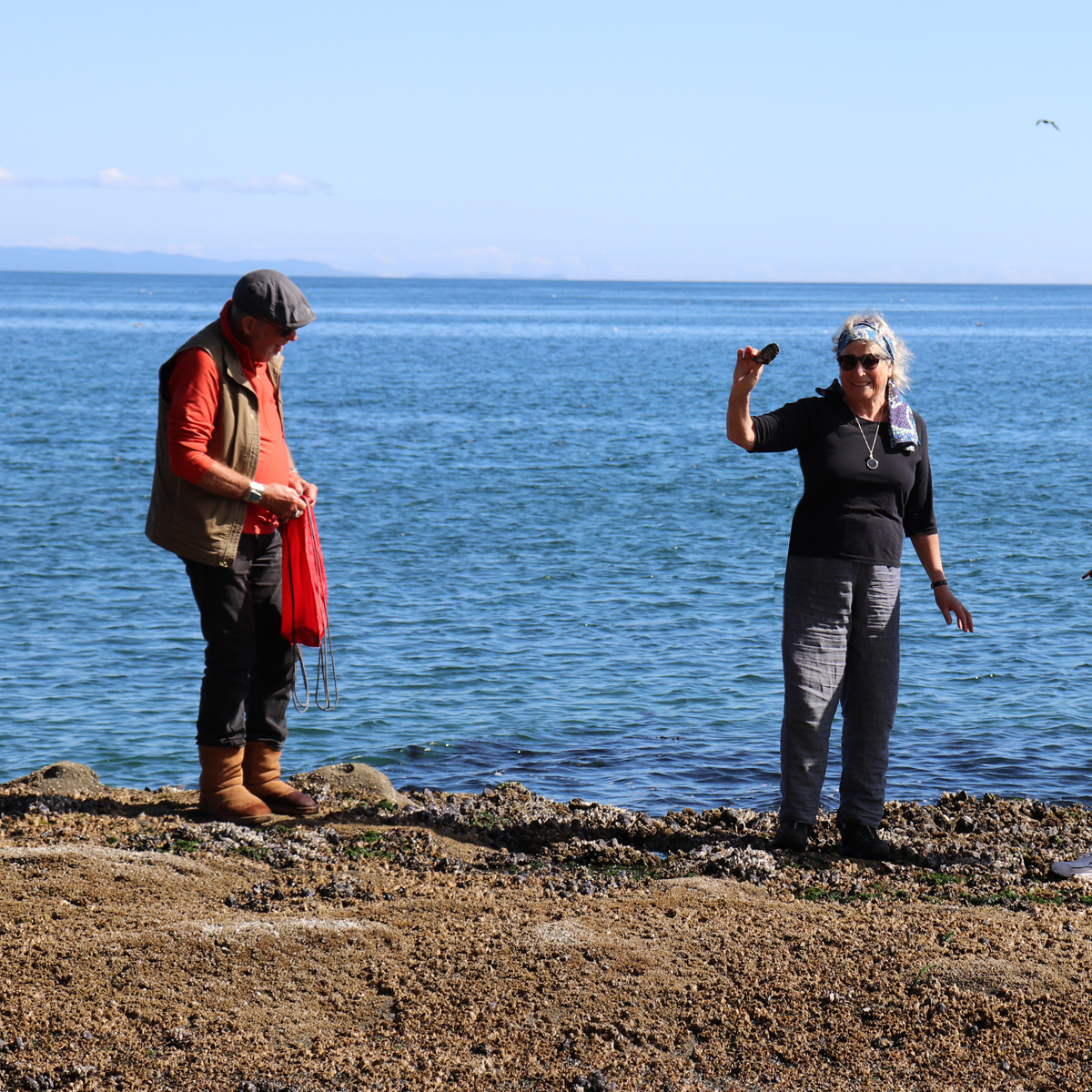 Susanne and I were honored to be guests at a lodge on a 40,000-acre sustainable tree farm bordered by the Olympic National Forest. We had no cell phone, internet or phone service. Walking through the trees cleared my mind the way being underwater does.

From a 13-mile private beach on the Straits of Juan de Fuca we could see the Pacific Ocean. Otter footprints dotted the sand. The water was crystal clear and not as cold as you might think.

From an outcrop of rock, we picked mussels to share at dinner. Our host steamed the mussels. Mmmmm! 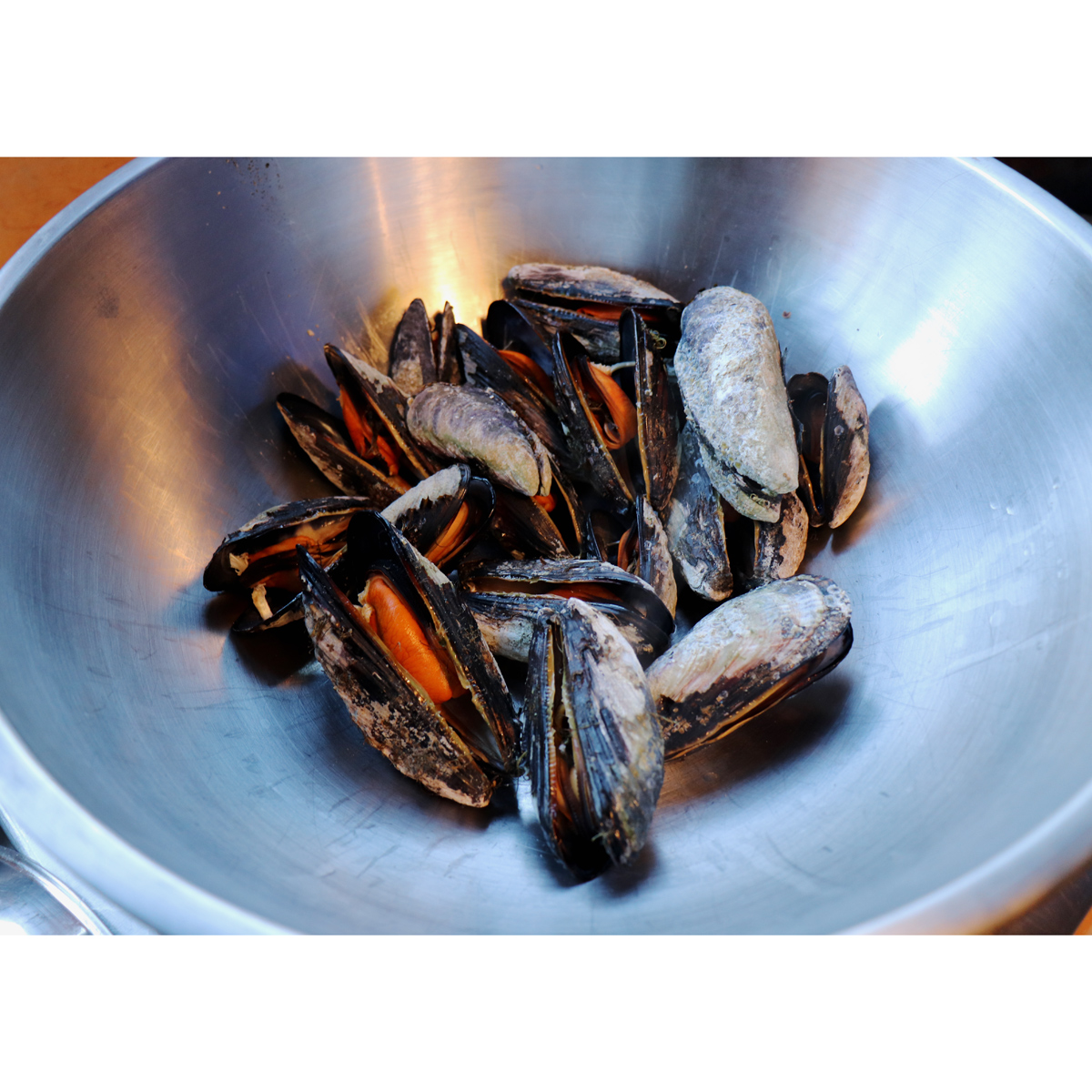 Susanne and I had to cut our vacation short to attend the opening of The History of Oil in the Santa Barbara Channel Exhibit at the Santa Barbara Maritime Museum. SBMM included a couple of my photographs from beneath Platform Hondo as examples of marine life.

The Mussel Company is part of the story told: 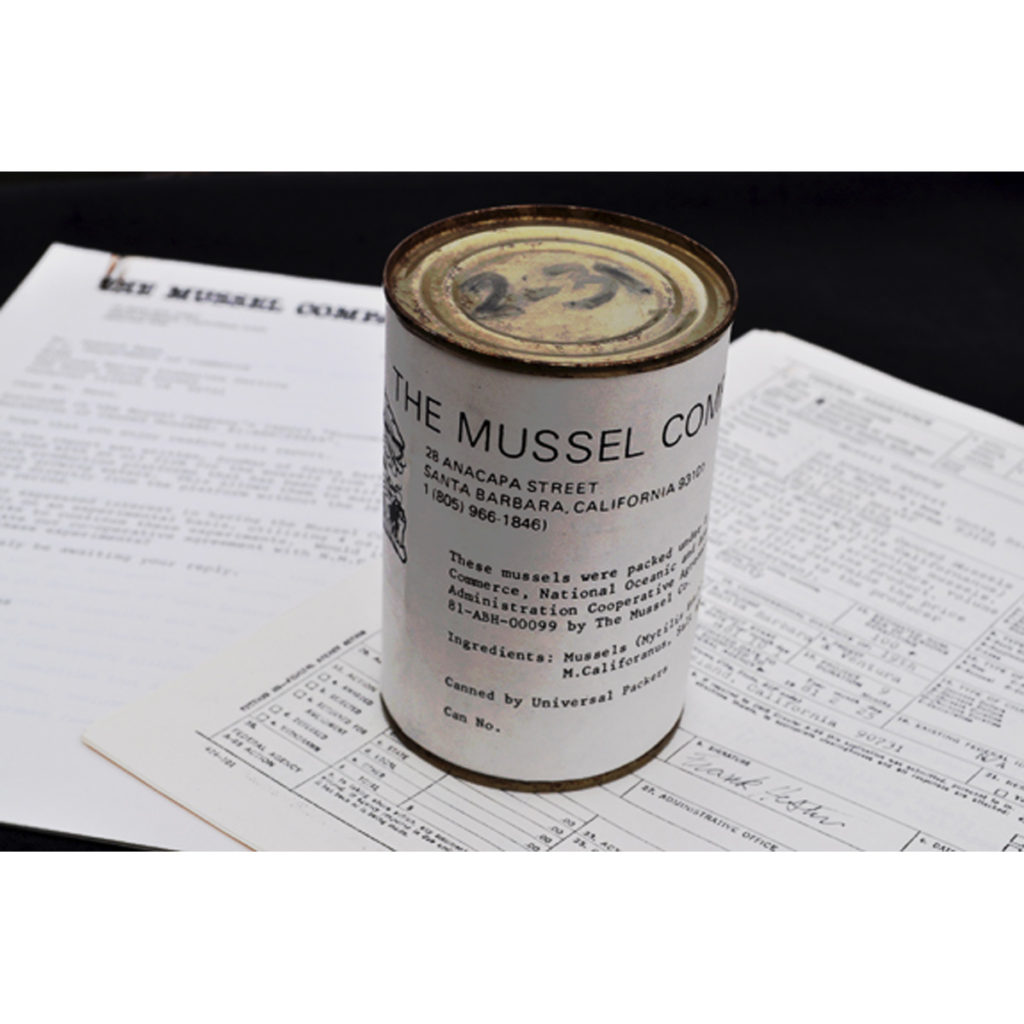 Richard C. Williams and I, who along with Frank Hester, Ph.D. formed The Mussel Company, donated the first can of mussels harvested from the offshore oil platforms of the Santa Barbara Channel to the Santa Barbara Maritime Museum. It is on permanent display in the Exhibit.

“Economics and Marketing of Canned Mussels:  81-ABH-00099” might serve as a model, an inspiration for how fishery enhancement can contribute toward a carbon positive solution for decommissioning offshore oil platforms of the Santa Barbara Channel.

When Chevron’s “H” Platforms, Hazel, Heidi, Hilda and Hope (decommissioned in 1996), were first installed circa 1967 the amount of life that would establish itself on the steel structure (jacket) was not anticipated. The marine life took to our Pacific coast offshore oil platforms in a way that happened in no other location. The mussel colony, in which millions of animals find home in its matrix, needed to be cleaned by commercial divers.

Chevron’s Environmental Engineer Linda Palmer arranged with the production management, John Herring and Bill Ryherd, to allow The Mussel Company to harvest these mussels. We were awarded a Saltonstall-Kennedy (S-K) matching grant from the United States National Oceanographic and Atmospheric Administration (NOAA) to conduct a feasibility study canning these mussels in Oxnard California.

We partnered with Universal Packers Corporation. Encroachment by sea water and development of the Oxnard agricultural zone had adversely affected the economics of canning facilities, formerly dependent upon the paved over bean farms. The Mussel Company offered one path to diversification.